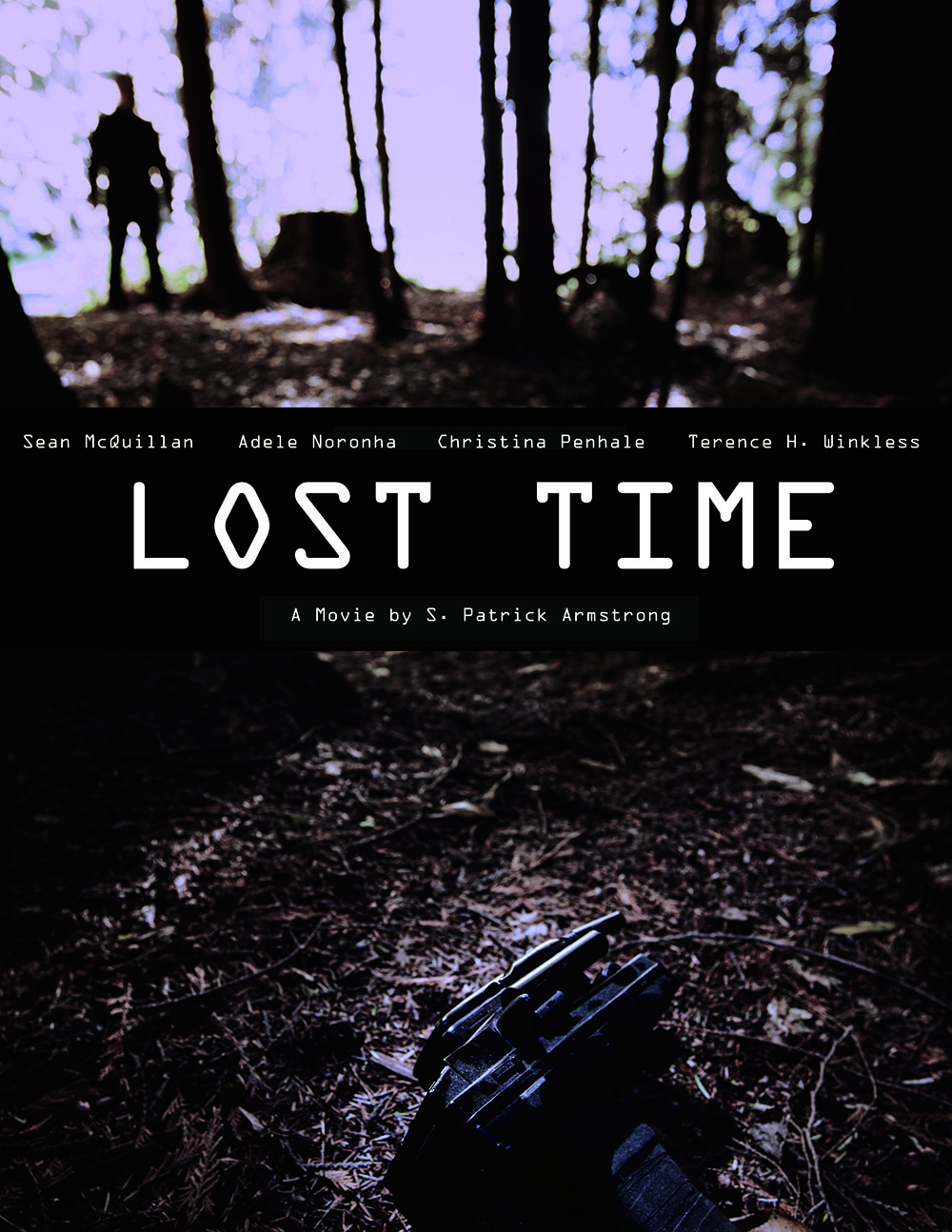 Science-fiction short film told in found-footage style: a damaged mission recorder’s playback forms the narrative of two chrononauts trapped in a paradox timeline where they encounter a third who has sinister intentions. But he’s not the only fugitive of the timestreams.

When considering all of the remakes, reboots, sequels, prequels and adaptations that permeate the pop culture landscape, it occurred to me that what is happening culturally could be seen as robbing from the past. I thought that quasi-vampiric idea would make an interesting premise for a time-travel story. Alternate versions of the same person is an aspect of the genre I wanted to explore as well. Lastly, the body of the film is a mission recording playback that jumps back and forth in the chronology of events, further reinforcing the concept of travel through time by embedding it in the movie’s very structure. LOST TIME is for audiences familiar with time-travel story tropes and people who enjoy non-linear narratives.

Watch the movie on vimeo.

Nearly all of the cast and crew for this project were found via craigslist. Casting the film was done in a very brief period, with actors coming in to read at the Mount Pleasant Community Center in Vancouver over a period of a few weeks. Christina Penhale and Sean McQuillan play chrononauts Welles and Turner. Adele Noronha has a double-role as Arabeth, the lonely native girl of the wasteland, and Elsa, a fellow chrononaut turned temporal fugitive. Terence Winkless rounds out the cast as the villain Taz.

Costume designer Megan Kennedy put together a working wardrobe given the shoestring budget, and my personal friend and artist Jason Tang helped create the props. I had scouted the locations in advance and found lodging for myself, the four actors, make-up artist Jodi-Lynn Boulton and my friend Kurt MacKinnon, helping out as production assistant, for a total of seven people on location.

After a week’s shooting, the movie basically went into an extensive – and extended – gestation period of cutting, hiring a vfx artist, re-cutting again and hiring another vfx artist to re-do all of the on-screen graphics. It’s true what they say about making a film three times: first when you write it, then when you shoot it, and finally when you cut it. In essence, it is the story I set out to tell, but the final version is radically different from the shooting script.

I believe very strongly in the economy of film and the adage that a picture is worth a thousand words. Theoretically, you should be able to get more information across in a film than a book. I also think most movies are too long, and that many of them could be half as long and twice as good. What I had originally conceived to be a feature ended up whittled down to the barest of essentials, resulting in an 11 minute run-time made up of only the most vital scenes. All of the information you need to understand the proceedings is in the movie, but you need to pay close attention.