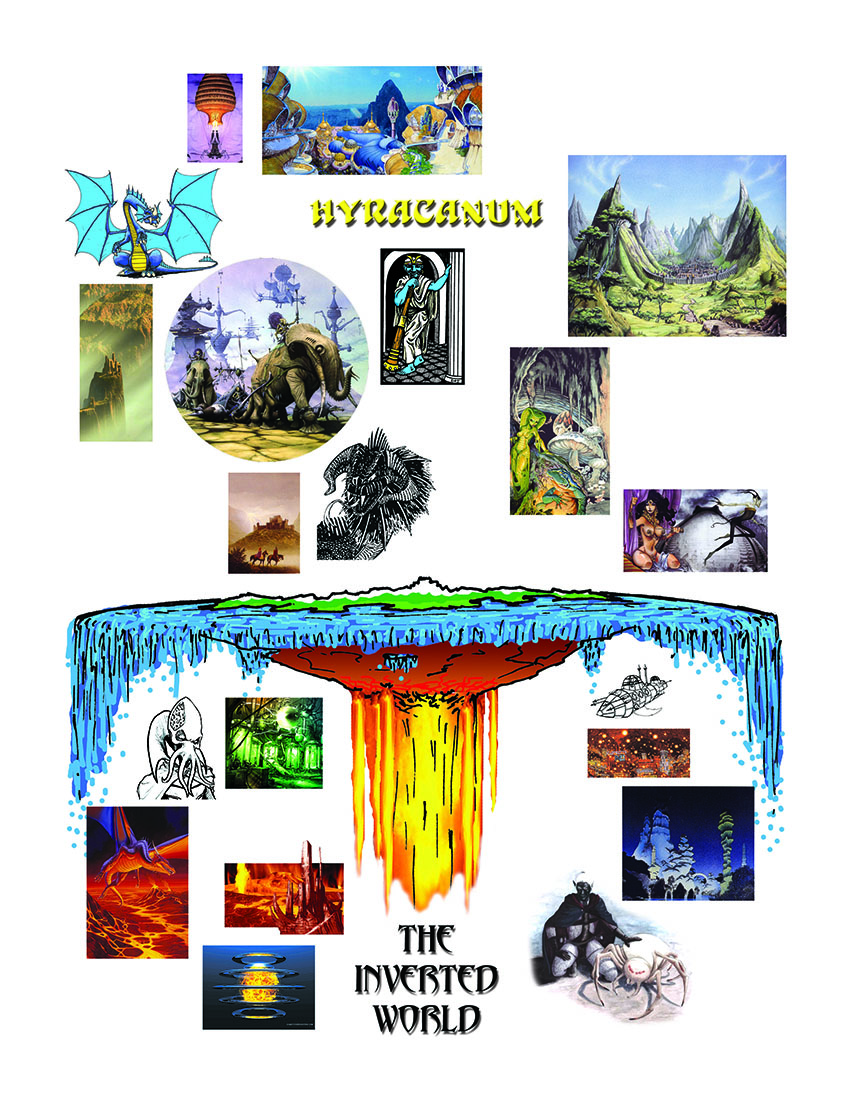 So-called because this campaign took things to the very edge of anything I’d ever done in the game before, this was the first run-through of my new setting Hyracanum. It ran for three years (2002-2005, 3.5 edition rules) and took the adventurers as high as 14th level and as far as one of the moons. It was a lot of fun.

This is the history of the campaign as assembled during the time it was unfolding. We used 3.5 edition rules and I’ve made some refinements to the setting since then, such as getting rid of the eighth moon Thesluna and introducing dragonborn and tiefling races, which come as part of 5th edition rules. Think of this as the playtest version which is 90% relevant to the other campaigns set in Hyracanum.

I have made an effort to credit the artists whose work I used whenever possible.