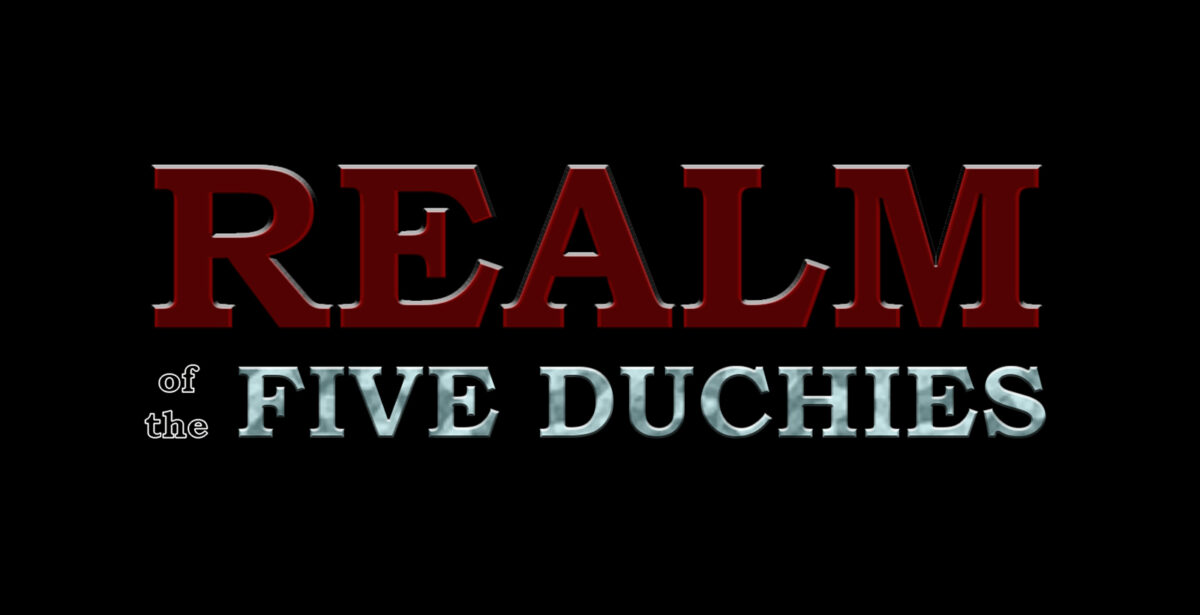 We begin in the village of Blenwood in the Duchy of Spraag, bordering Elfland Forest. The adventurers had come there for the bounty on a “winged snake” which had been killing livestock. While settling in at the Goldleaf Inn, Saoirse noted a suspicious figure in a long hooded cloak which turned out to be three Goblins standing on each other’s shoulders who scattered and ran when identified. Outside, Smoldorath killed their Bubgear accomplices and two of the Goblins were captured by Salazar’s sleep spell.

Under interrogation, the Goblins let slip that they were minions of Grendolina the Green Hag who often menaces towns living along the edge of Elfland. The winged snake on a rampage was actually her pet dragon wyrmling, recently hatched and now lost between worlds. The party laid a trap for it at a local barn using the village militia’s archers for support and when it came for its predicted feeding on innocent livestock, it met its end instead.

The newly anointed dragon-slayers had a map from the slain bugbears they wanted to follow next and it led to an old ruined tower and a broken road. The road wound its way to a lake where a disintegrating dock barely clung to the shore. Saoirse used her folding boat to ferry the party across the water to an island at its center where they discovered more ruins, this time inhabited by Grendolina and her pet Cockatrice whom they quickly dispatched.

A pool in the ruin led not to a basin beneath its surface but rather a limitless ocean depth which the adventurers could swim through to another pool which was in a dark, tomb-like chamber with a stone sarcophagus at one end, a large bronze door at the top of a flight of stairs at the other. The sarcophagus transformed into a Stone Golem to attack intruders but when the door handle was tried triggering a trap that turned the stairs into a ramp with the Golem on it, the goliath slid into the bottomless pool the party had entered by.

Exploring the dungeon beyond the bronze door, the party noticed the style of Calidorian architecture and carven runes al around them. It would seem they had found a back door into the Isle of Calidor, the home of the Overlords! The adventurers had to overcome a variety of traps and monsters until they found their way into a large cave which turned out to be the lair of a young Black Dragon which they had to kill.

The dragon’s lair gave out onto a marshland where the adventurers tangled with Lizardfolk who worshipped its slain resident. From there they would be able to explore the Isle of their Calidorian Overlords…

…But the campaign ended there.