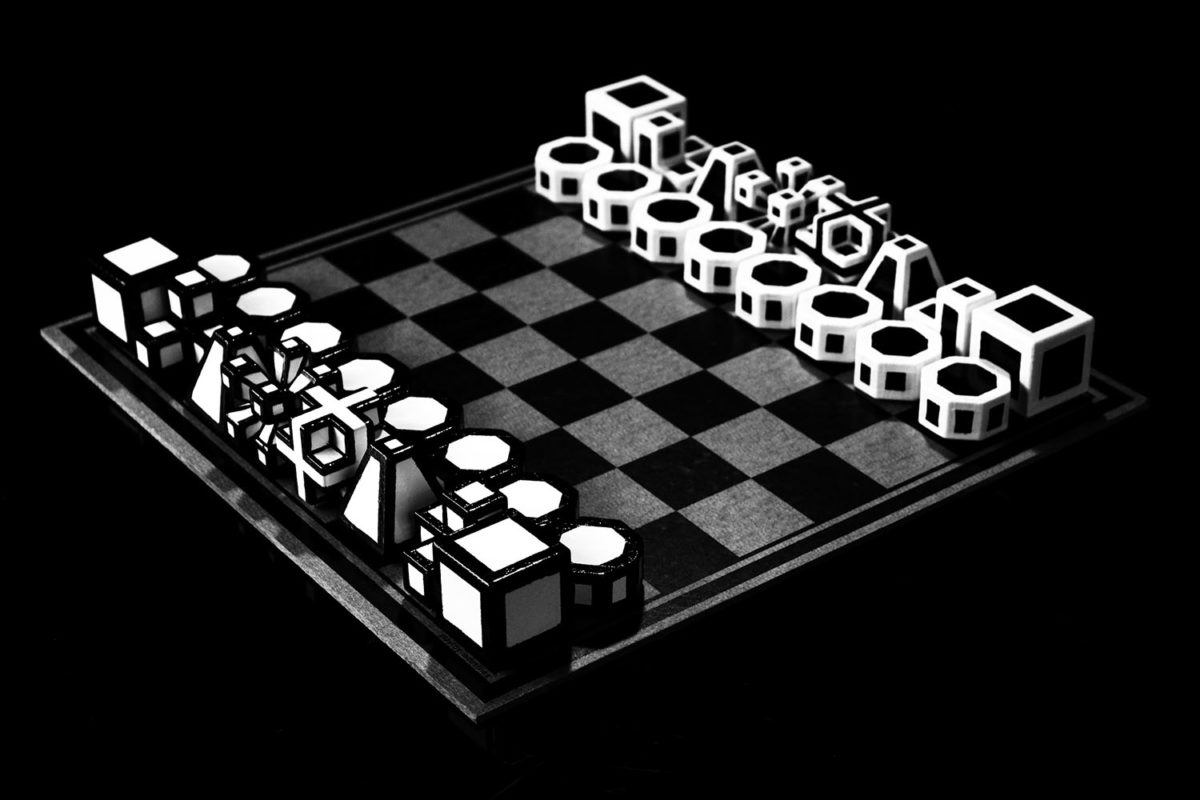 This ancient artifact is the very first chess board ever invented. It was crafted by dragons at about the same time they created the Dragonborn race and is imbued with the power to shape reality.

Appearing at first as a plain wooden or ivory box 8″ x 4″ x 4″ which unfolds of its own accord once opened, revealing itself almost like origami with all of the pieces in their starting positions (or wherever they were last placed if the last game was interrupted). Each piece is designed to instantly convey its movement and anyone touching the board magically understands the rules.

The game of kings, when played between kings or any other nobles, becomes a forecast of conflict and resolution. If played on the eve of a battle, for instance, the winner of the game will also be the winner of the larger fight. The game cannot be played casually, however, for even an amicable match between peers will manifest in a broader conflict.

If only one or neither of the players is noble, the game’s effects are more personal. The winner feels empowered and extraordinary and gains Advantage on all attack rolls and d20 checks for the next three days. The loser, on the other hand, gains Disadvantage to the same rolls for the same duration.

Should the game be played against a dragon, the stakes are life or death for the challenger. A win will result in the gameboard granting a wish but a loss will result in instant disintegration. Dragons are immune to these effects, but they are compelled to play the game to the best of their ability the moment they see the board and pieces.

Nobody knows what happens if a dragon plays against another dragon, but it probably creates and destroys worlds.

Back to the Empire of Gold